Discussions of this day started a few weeks ago!  Spencer has been one of my brothers friends for years, so when he asked me if I would capture this special moment in his life I was thrilled to!  He had it all planned out, and I must say it went exactly as planned.

We decided I would arrive at George Bush Library around 9am and they would arrive between 9:30 & 10am.  He had one of her friends bring up a gorgeous bouquet of flowers and place it in the gazebo ready for her to see.  It had a note on it, written to “Megan Sue”, what he later told me is what he calls her.
I got out of my car, the air felt cool, I felt excited and nervous!  As I walked up, the sun was peeking over the library, and right there I decided to do a short video for the two of them.  I took out my camera and shot for a min, and then continued to walk down to the gardens.

Here is a link to their video: https://youtu.be/_hkO9-HFT5I

When I got to the garden, I was greeted by the sound of the water, and the fish jumping in the pond.  It was fairly empty, with one other photographer there.  It felt like the perfect fall day.  This has been the first cool front of the season (very much welcomed!), and there is something about a clear blue sky, on a sunny day with the crisp cool air all around you that just makes you feel all the warm fuzzies.  This was a beautiful day to get engaged!
I arrived at the gazebo and met Megan’s friend Carissa.  She had the flowers out and had decided to hang out till Spencer let us know they were on their way so that she could fend off anyone who was thinking of invading this space!  I took a moment to document the beautiful flowers, and then walked to the other side of the pond to go into hiding.

As I walked around the pond, Spencer texted me to let me know they were headed there.  I told him we were all ready for him!  Carissa headed out and the waiting game began.
I made sure I found the perfect spot to be able to capture them, and be far enough away to hopefully remain unseen.  And then it happened…a photographer invaded the space! I texted Spencer frantically, letting him know what had just happened and telling him I was fairly far away from the gazebo to do anything about it quickly…”so how far are y’all” and moments after I sent the text they turned the corner!

Thankfully it was just the one, and she didn’t spend much time there, and I think realized fairly quickly what was happening and moved on! whew!  Spencer almost had to spill the beans while they waited for a moment to get into the gazebo.  But I think she was still surprised!

They finally walked into the gazebo, and he pointed out the flowers for her.  She turned to read the note, and he got down on one knee…she turned…and gasped with excitement!  There were giggles, squeals and kisses!  I came out of hiding and Spencer waved to me.  As I walked over to them, I just smiled hearing their whispers, and her delight and excitement.  We then got to do a quick engagement session and I then left them to bask in their new engagement.

Thank you Spencer + Megan for allowing me to serve you both!  I was truly honored to be a witness to the beginning of the most fantastic journey you will ever go on! 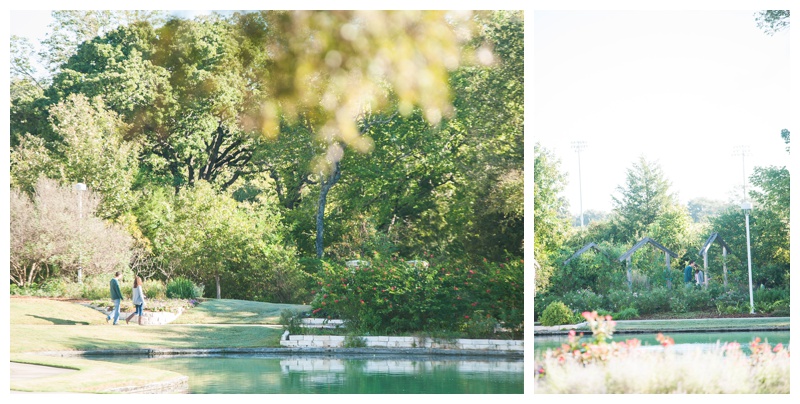 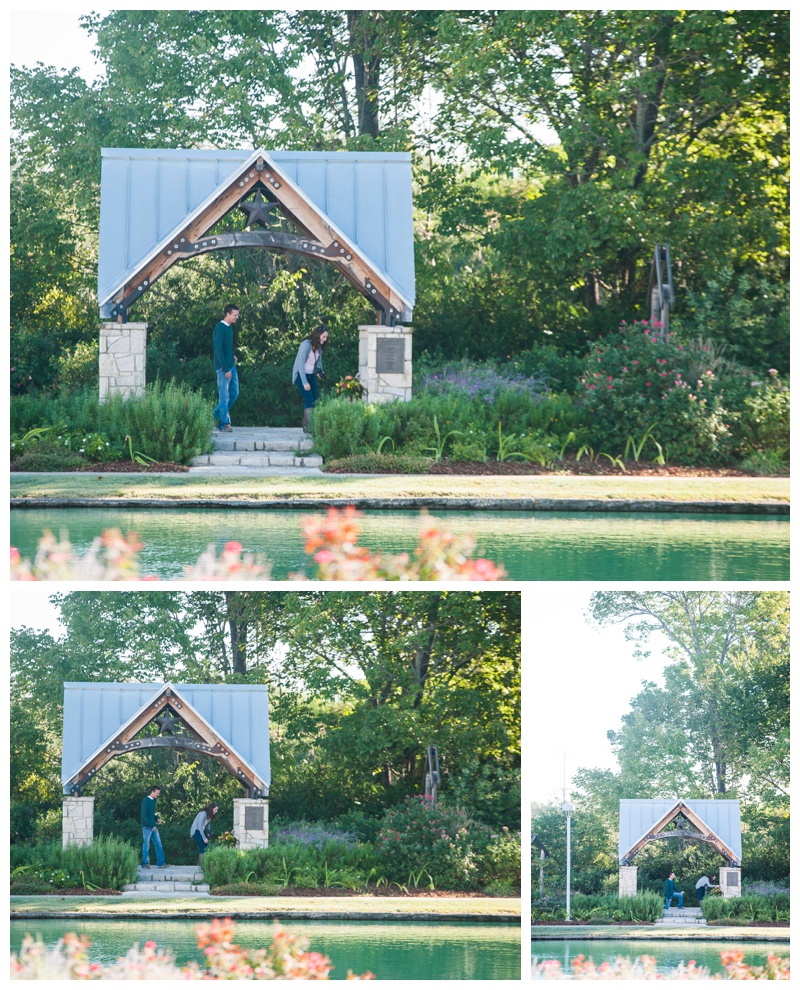 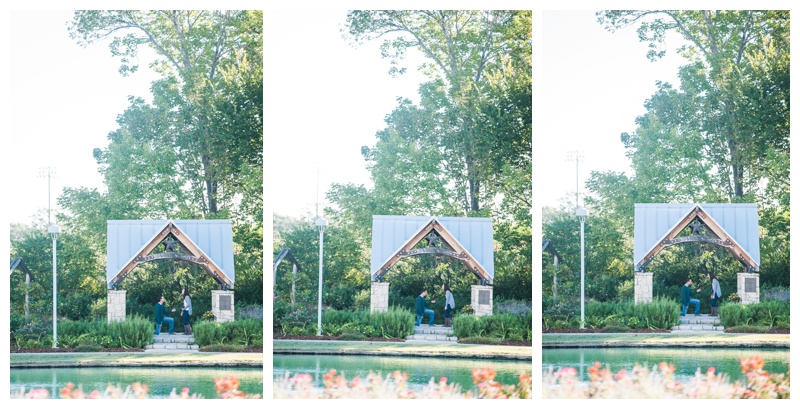 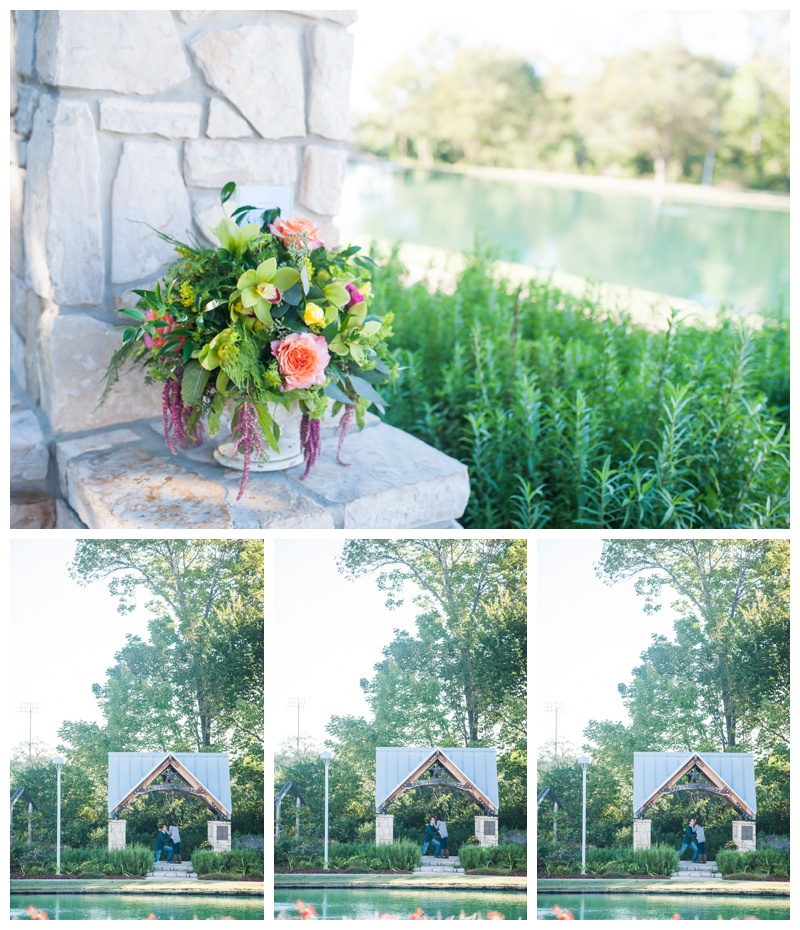 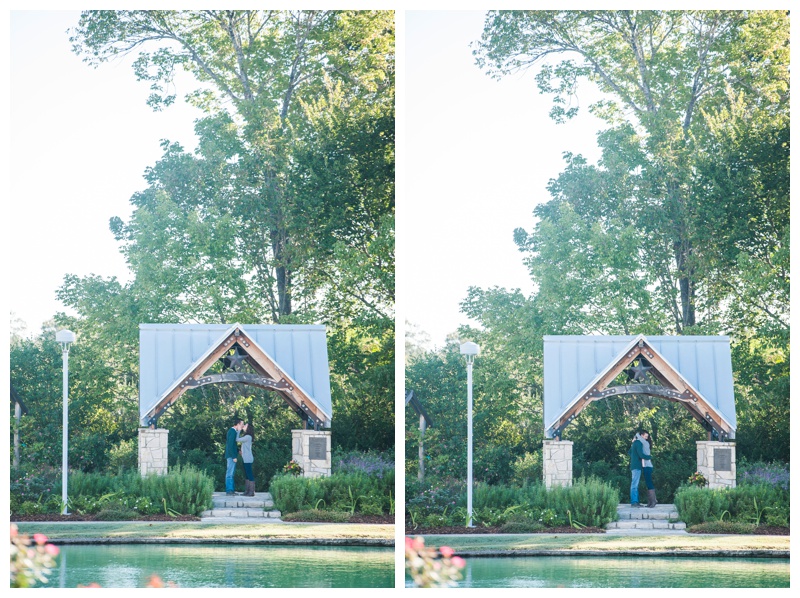 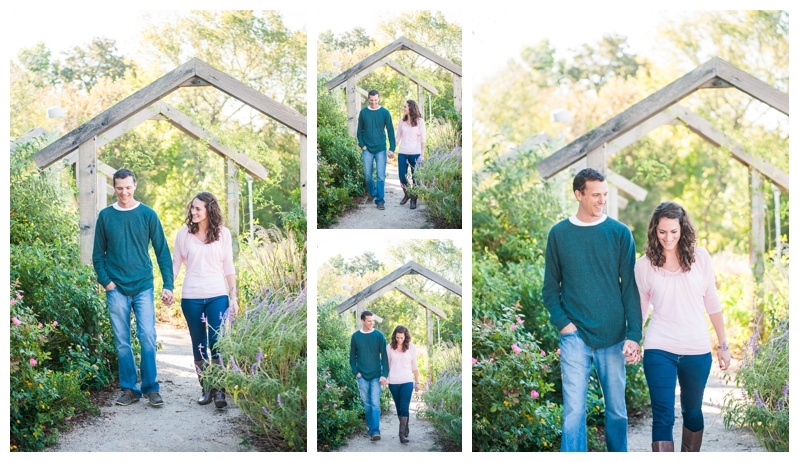 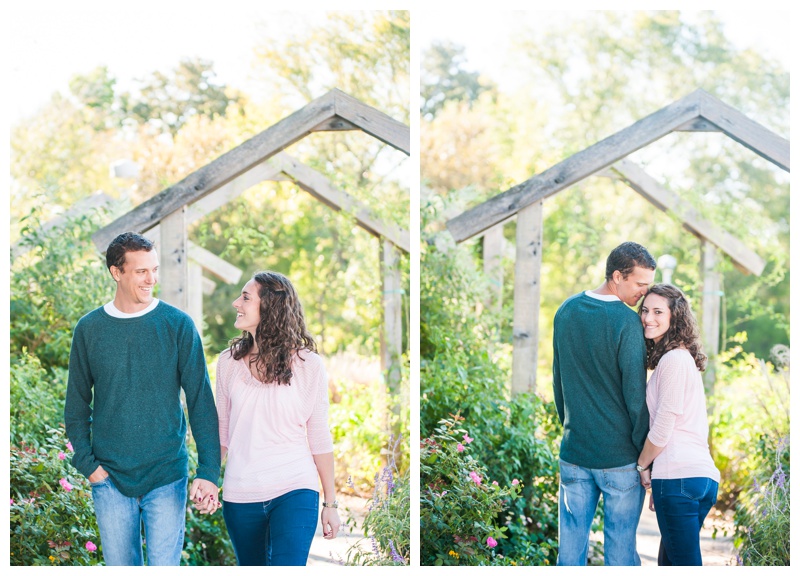 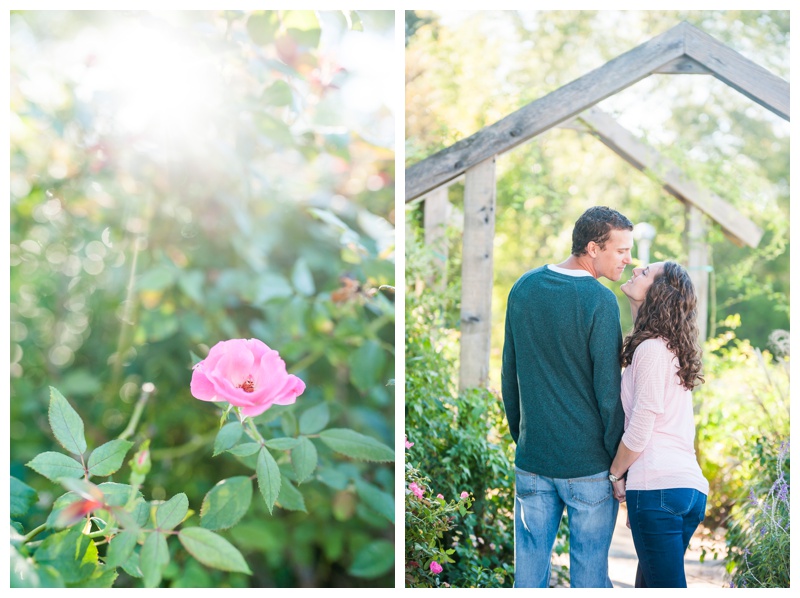 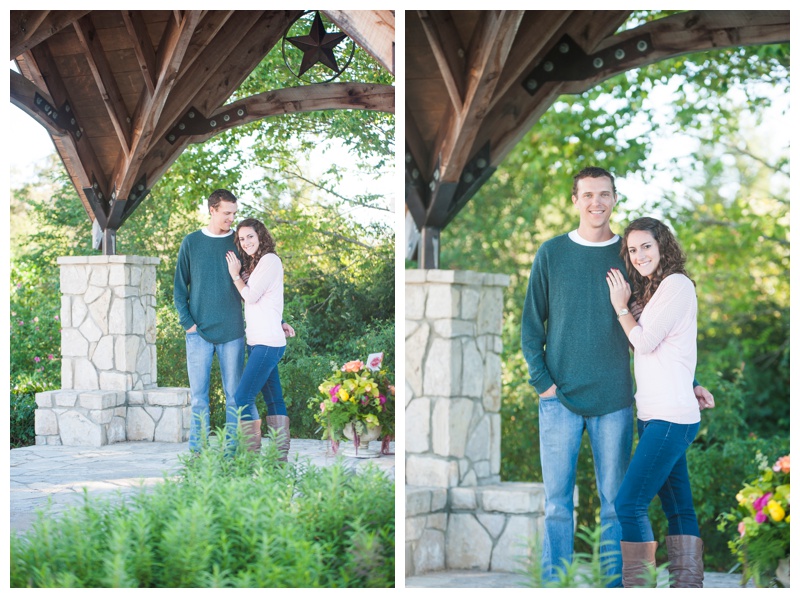 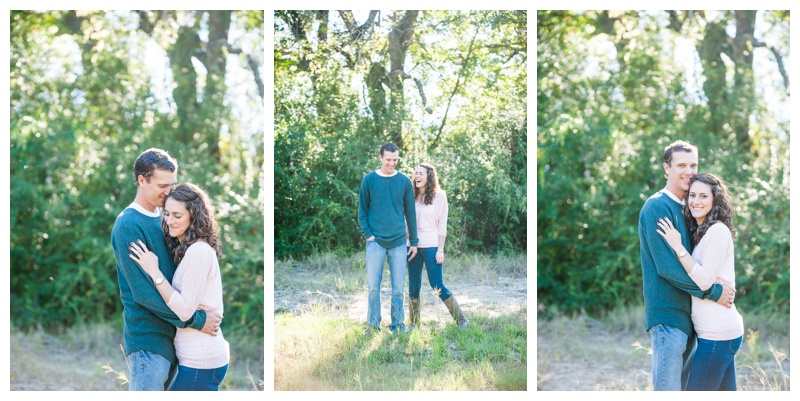 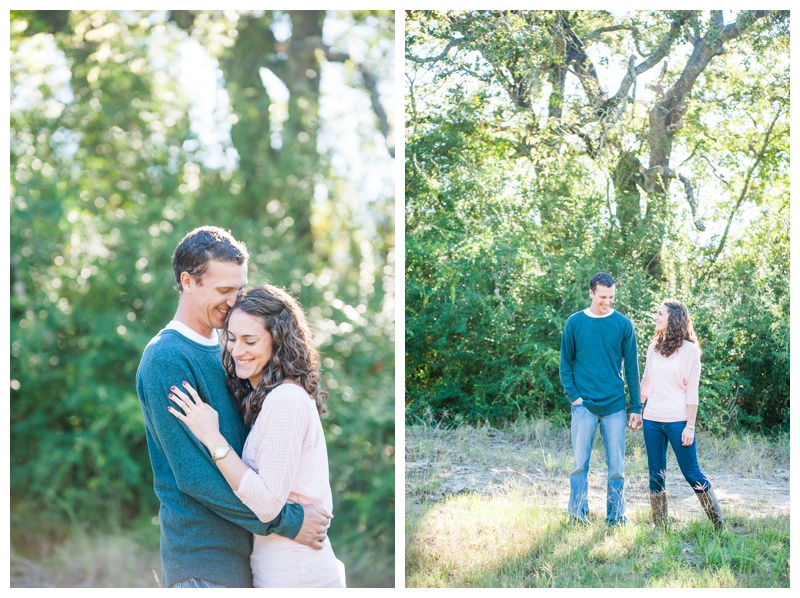